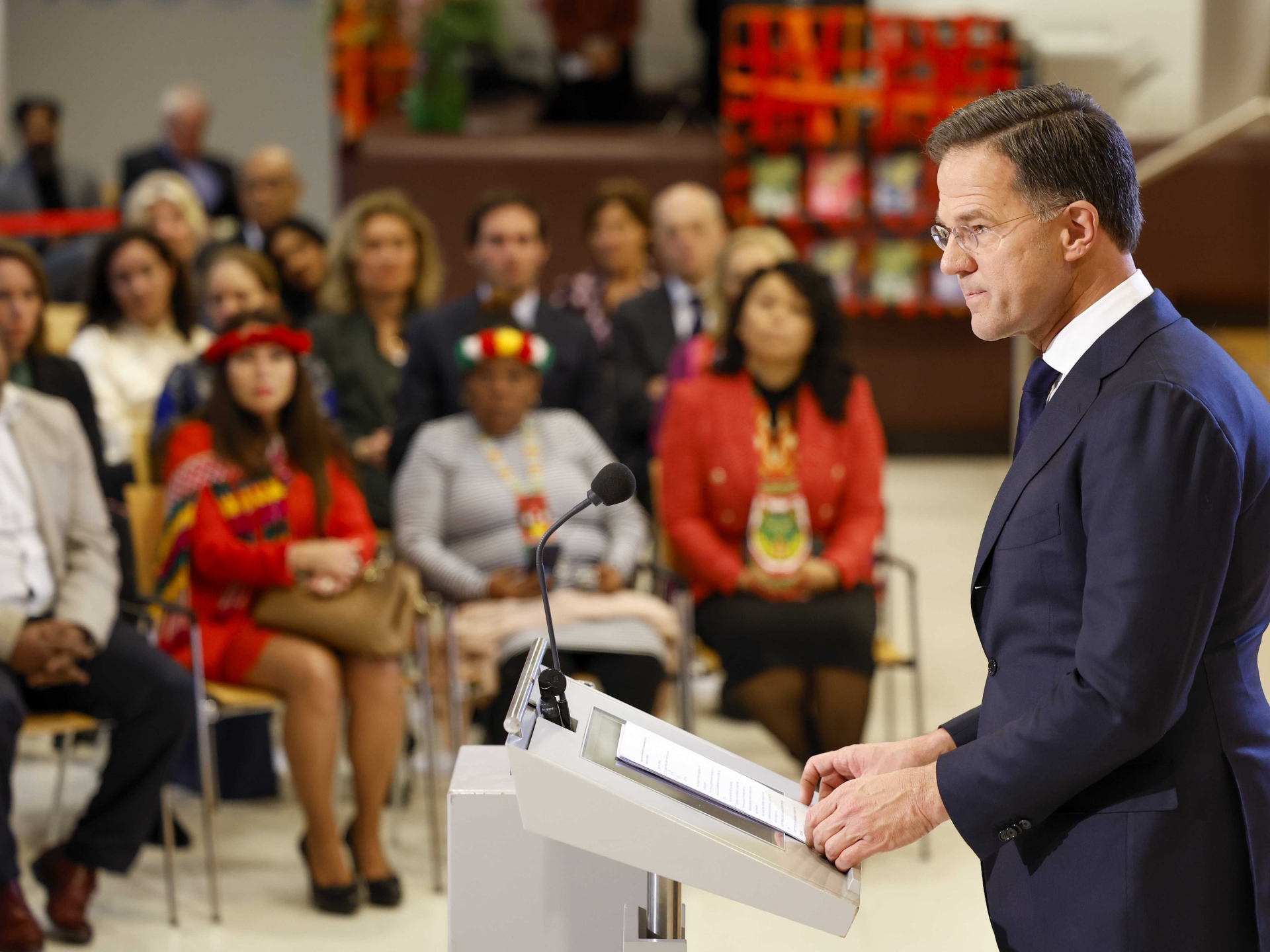 On December 19, 2022, the Netherlands became the first Western nation to formally apologise for participating in and profiting from the transatlantic trade of enslaved people.

Speaking at the National Archives in The Hague, Dutch Prime Minister Mark Rutte apologised on behalf of his government for the country’s role in slavery, calling it “ugly, painful, and even downright shameful”.

“For hundreds of years, people were made merchandise, exploited and abused in the name of the Dutch state,” Rutte said. “For that, I offer the apologies of the Dutch government.”

That the Dutch government finally found the courage to fully acknowledge and officially apologise for its role in “abetting, stimulating, preserving and profiting from centuries of slave trading” is highly commendable.

But the paths to reconciliation and healing suggested by the government are equally underwhelming.

In his apology, Rutte admitted that “centuries of oppression and exploitation still have an effect to this very day” and talked about “doing justice to the past and healing in the present”.

To kick-start this healing process, the Dutch PM said, his government will work to “enhance knowledge of the history of slavery” and to “ensure more awareness, acknowledgement and understanding”. To this end, he announced the creation of a 200-million-euro ($216m) fund to help tackle the legacy of slavery and boost education.

Yet nowhere in his landmark apology Rutte expressed an intention to take the one action descendants of enslaved people repeatedly said would make the biggest difference in righting the wrongs of the past: pay reparations.

The Netherlands, like most Western nations, owes the immense economic prosperity it is experiencing today in part to the profits it made from slavery.

In 2019, a five-year research project funded by the Dutch Research Council titled “Slaves, commodities and logistics” concluded that “economic activities related to the slave trade between Europe, Africa and America made a significant contribution to Dutch prosperity in the second half of the eighteenth century”.

According to the study, in the reference year 1770,  some 5.2 percent of the Dutch gross domestic product (GDP) was based on the transatlantic trade of enslaved people – a contribution almost equivalent to that of the entire port of Rotterdam today.

Rutte did not mention any of this in the carefully curated speech he delivered at the National Archives in December. The Dutch government, despite offering a historic official apology for slavery, clearly still has no intention to return to the descendants of enslaved people what it stole from them.

The Netherlands, regrettably, is not alone among countries that benefitted from slavery in refusing to pay. The governments of the United States, the United Kingdom, France and others are also staying mum in the face of increasingly louder calls for reparations.

To defend their governments’ refusal to pay up, politicians and opinion leaders – and especially white conservatives who tend to view all efforts towards racial justice suspiciously – in these countries always offer the same tired arguments. They claim that “no one alive today is directly benefitting or suffering from slavery”, that it is “a thing of the past”, and that “it would be impossible to determine who deserves to be paid”.

These arguments, of course, do not stand even the most basic scrutiny.

For one thing, people are still clearly benefitting and suffering from slavery.

In the US, for instance, the Brookings Institution estimates that the average white family has approximately 10 times the amount of wealth as the average Black family. And white college graduates possess more than seven times more wealth than Black college graduates. In the UK too people from Black African backgrounds typically hold the least wealth, about one-tenth of the wealth held by white Britons.

Such inequalities, compounded by systemic racism in all areas of life – from health and housing to education and law enforcement – are direct, modern-day consequences of slavery affecting millions of people.

And slavery is hardly just a “thing of the past” in countries shaped by and built around it, such as Suriname, where direct descendants of people enslaved by the Dutch and brought there to work in plantations make up most of the population.

In Africa too the immense wealth lost to slavery cannot simply be ignored or forgotten, since its return would resolve most of the continent’s fundamental problems almost overnight and make it into a leader of the global economy.

The question of who should receive reparations is not necessarily complicated either. After the abolishment of slavery, the Netherlands, the US, France, Denmark and the UK all moved to compensate former slavers for so-called “loss of property”. The UK government only finished paying the debts it acquired to pay former slavers in 2015. But all this time, none of the former slave-holding countries paid a single penny to formerly enslaved people or their descendants.

It is therefore high time for compensation to be paid not to those who “made people into merchandise” but to those who continue to carry the pain and the scars of their ancestors.

The Caribbean Community, a grouping of 15 Caribbean countries whose populations are dominated by descendants of formerly enslaved people, created a 10-point plan for reparatory justice for European governments.

This 10-point plan could be a great starting point for governments truly willing to confront the past with all its ugliness and start a healing process.

Any form of sociopolitical and economic redress cannot merely assuage the collective conscience of white people in the West: it must be unapologetically substantive and enduring, despite the high costs of financial restitution.

Some 160 years after the abolition of slavery in Europe and the US, Western countries, quite evidently, have an obligation not only to apologise, but also to reparations and embark on comprehensive social justice programmes.

Ziliwu - January 30, 2023 0
Mazin elaborated further on the decision, explaining that the idea of not having the couple separate before Joel and Ellie's arrival came from...