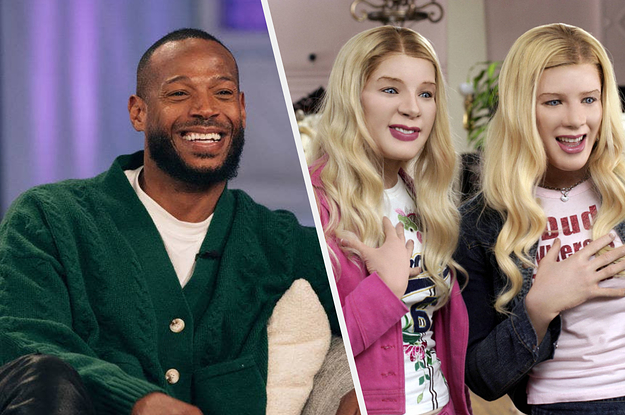 With more than three decades in the industry and more than 30 movies under his belt, it’s surprising to know Marlon Wayans just recently starred in his very first family film — The Curse of Bridge Hollow. The new Netflix horror comedy, which Marlon also coproduced, follows a family who moved from Brooklyn to a small town in New England. Everything seems to be going right…that is, until things begin to go horribly wrong. As Halloween decorations start coming to life and terrorizing the town, Marlon and his onscreen family (Kelly Rowland and Stranger Things‘ Priah Ferguson) are forced to face their fears head on and save their new community.

I sat down to chat with the multi-faceted entertainer (actor/writer/comedian/producer) for our Then & Now interview series to discuss his latest movie, as well as some big-name projects from his past.