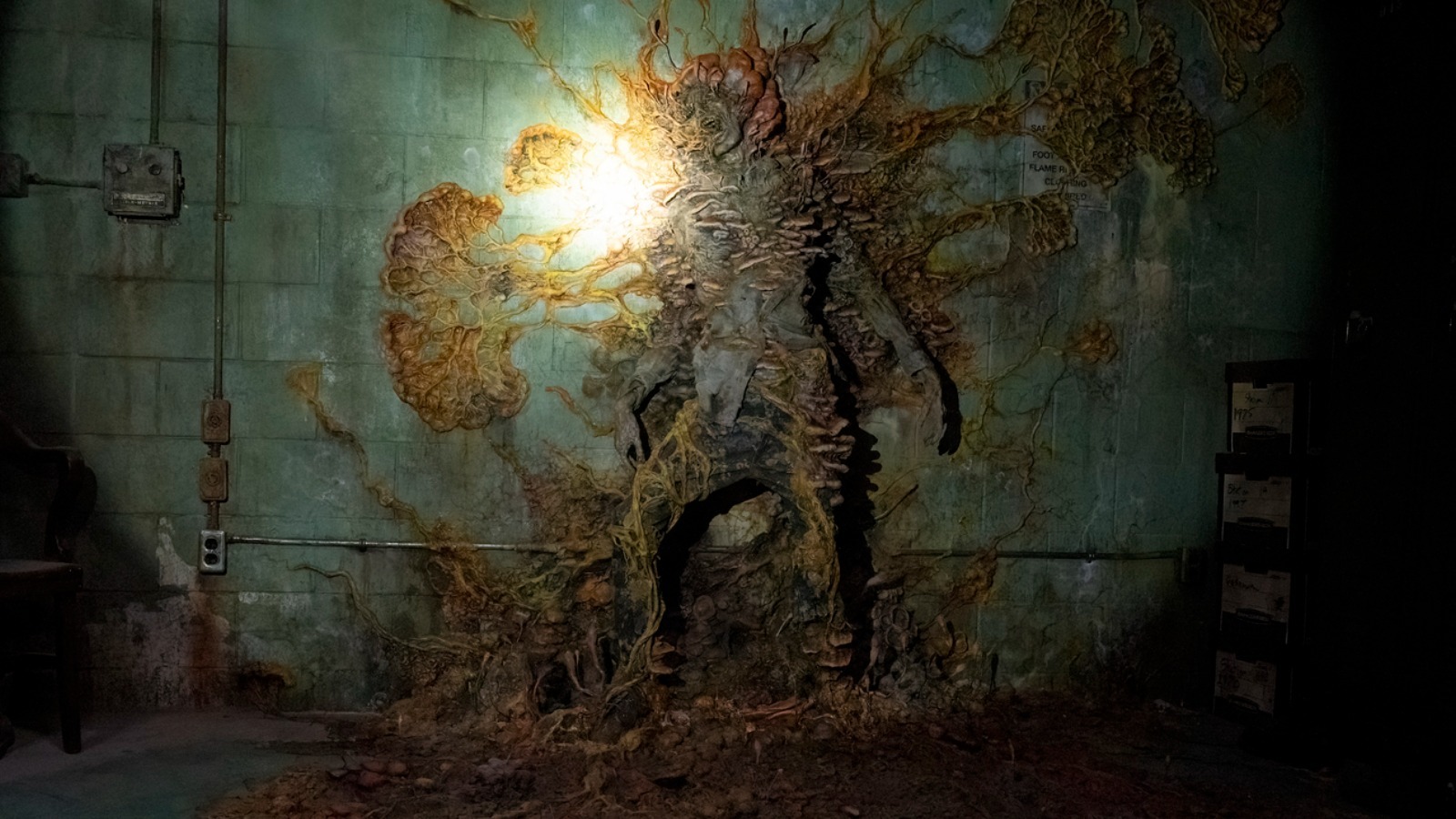 If you have mycophobia (a fear of mushrooms), or even scoleciphobia (a fear of worms, which these little organisms sure look like), maybe steer clear of the red button. If not, I can tell you from experience that you can go ham on that thing, pushing it pretty much indefinitely until the screen is crowded with layers and layers of purple-yellow tubular fruiting bodies surrounding stringy mycelia and shelf mushrooms. The pattern seems somewhat randomized, with some users’ initial mycelia stretching far and wide while others stay somewhat in one area. But regardless of the way your fungi spreads, the whole design is hypnotic, unnerving, and very fun to click on.

The Google result is a creative response to the series’ sci-fi mythology, which involves a Cordyceps fungus that widely spreads and mutates out of control, turning millions of humans into zombie-like feral hosts to the sinister funga. The show’s theme song combines Gustavo Santaolalla’s tremendous score with patterns of growing fungus that take the shape of a cityscape, a map, and eventually two human-like figures — one tall and one small — on the horizon. Personally, I needed something to do to pass the excruciating wait time between episodes, so I’m happy to lose time clicking on these Google-bred mushrooms and watching them grow.

Ziliwu - January 28, 2023 0
You've probably heard of Occam's Razor, but in case you're unfamiliar, it's a problem-solving principle that states the simplest solution is often the...