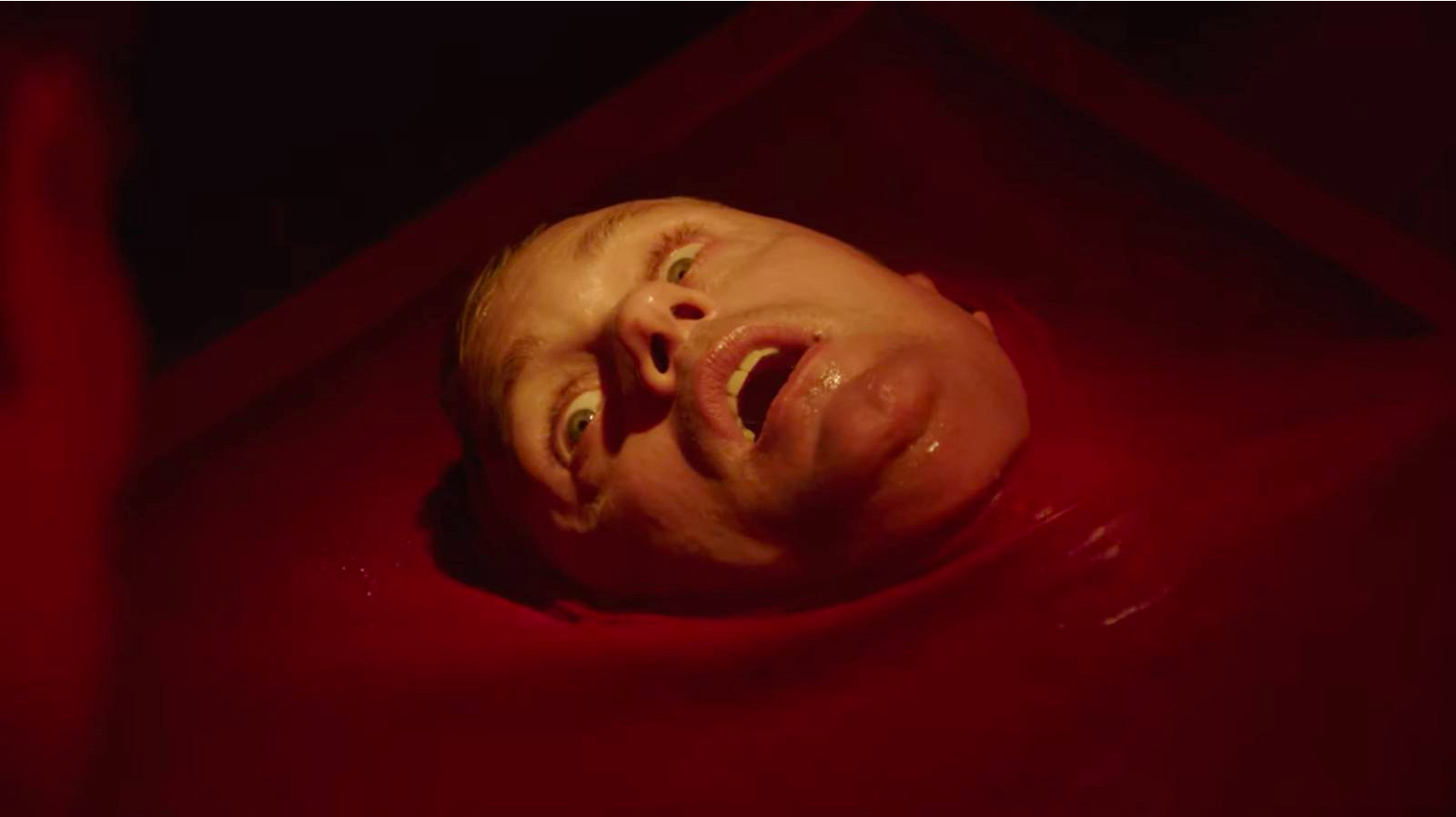 Cronenberg recaptures those lurid, grisly, ghastly highs with “Infinity Pool,” his latest tale of characters engulfed in a kind of perpetual coldness. Everyone is detached and distant. You get the sense that they’ve all witnessed something that blasted away a part of their minds, leaving behind hollow, violent shells that revel in the depraved. You don’t watch a Brandon Cronenberg movie to be entertained, you watch it to leave the theater feeling just a little more deranged than when you went in.

Author James Foster (Alexander Skarsgård) and his wealthy wife Em (​​Cleopatra Coleman) are on vacation at a luxury resort located in Li Tolqa (a fictional place, in case you were wondering). James penned a book a while ago and hasn’t done anything since. He hopes that maybe the vacation will rekindle his creative energy, but he mostly just sits around, lounging in the sun and sleeping in.

During the stay, James encounters Gabi — played by newly minted horror queen Mia Goth, who really gets to go big here; bigger even than her fantastic turn in “Pearl.” Gabi professes to be a fan of James’ book, which immediately gets his attention. Gabi and her husband Al (Jalil Lespert) invite the Fosters on an excursion to a private beach — something they’re not really supposed to do, since there are strict rules about never leaving the gates of the resort. But James, who is clearly lusting after Gabi, his number one fan, thinks it’s a good idea.