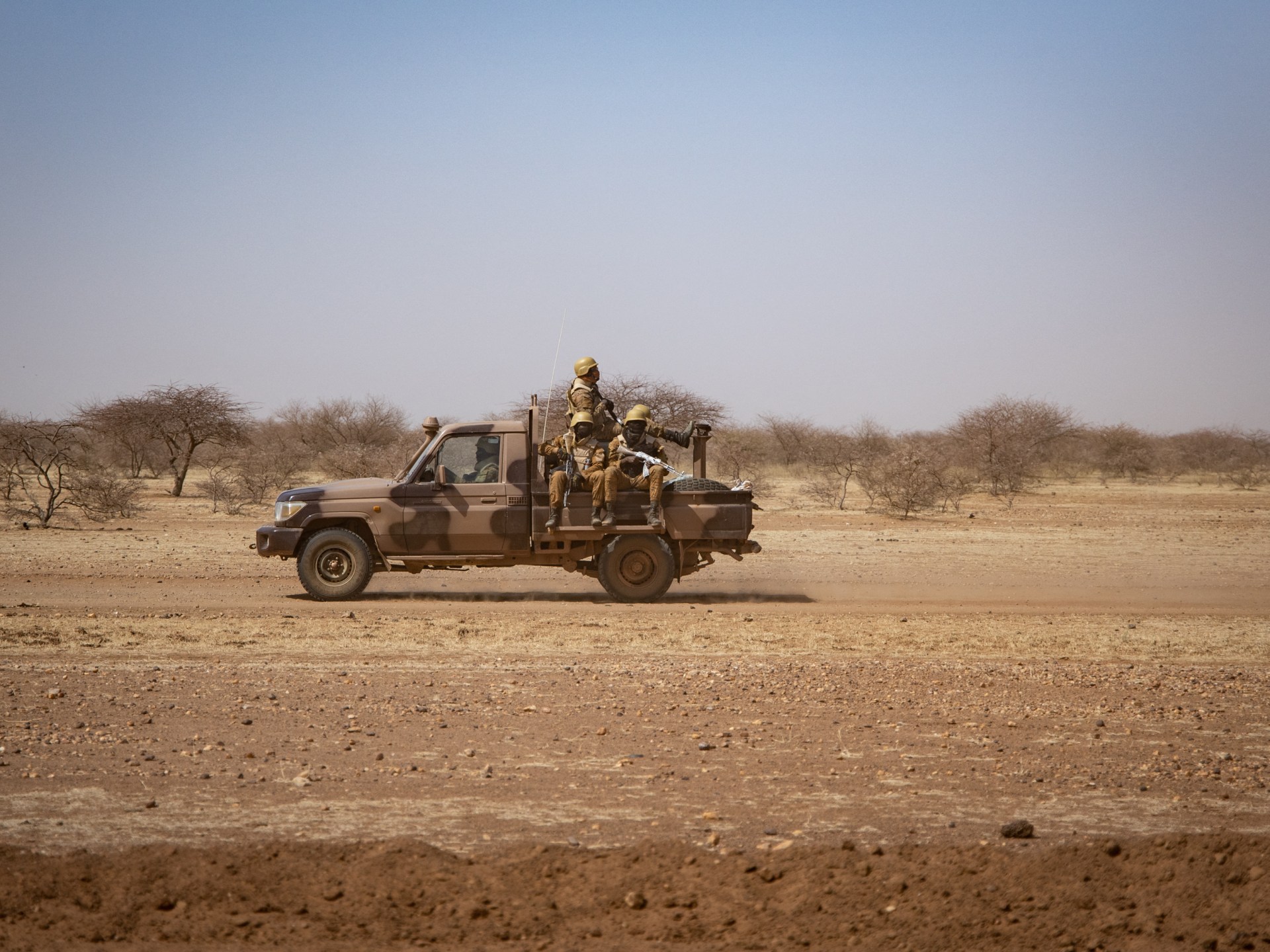 Armed men had abducted 66 people on January 12 and 13 outside two villages in the district of Arbinda.

Security forces have rescued 66 women and children who were kidnapped by armed fighters in northern Burkina Faso last week.

Armed men seized the women and their children on January 12 and 13 outside two villages in the district of Arbinda, in the Sahel region’s Soum province.

“They have found freedom after eight long days in the hands of their kidnappers,” an RTP presenter said.

In its main evening news bulletin, RTB, referring to the army “operation”, showed images of the women freed and brought to the capital, Ouagadougou.

The abduction prompted alarm from the United Nations, while the country’s military government warned of a rise in attacks on civilians.

Burkina Faso is one of several countries in West Africa battling a rampant armed uprising with links to al-Qaeda and ISIL (ISIS).

Armed rebels have occupied territory in the country’s arid and mainly rural north, executing hundreds of villagers and displacing thousands more in the process.

They have also blockaded certain areas in recent months and made it increasingly dangerous to deliver supplies to trapped citizens.

Faced with acute food shortages, many villagers have resorted to picking wild fruit, leaves and seeds to feed their families. They say venturing into the bush makes them vulnerable to attacks.

On Thursday, two suspected attacks in the country’s north and northwest killed at least 18 people, including 16 vigilantes supporting the army.

Captain Ibrahim Traore, leader of the military government that seized power last September, said in December that his aim was to take back territory occupied by “hordes of terrorists”.

Last week, he said the armed rebels were switching tactics to “focus on civilians”.