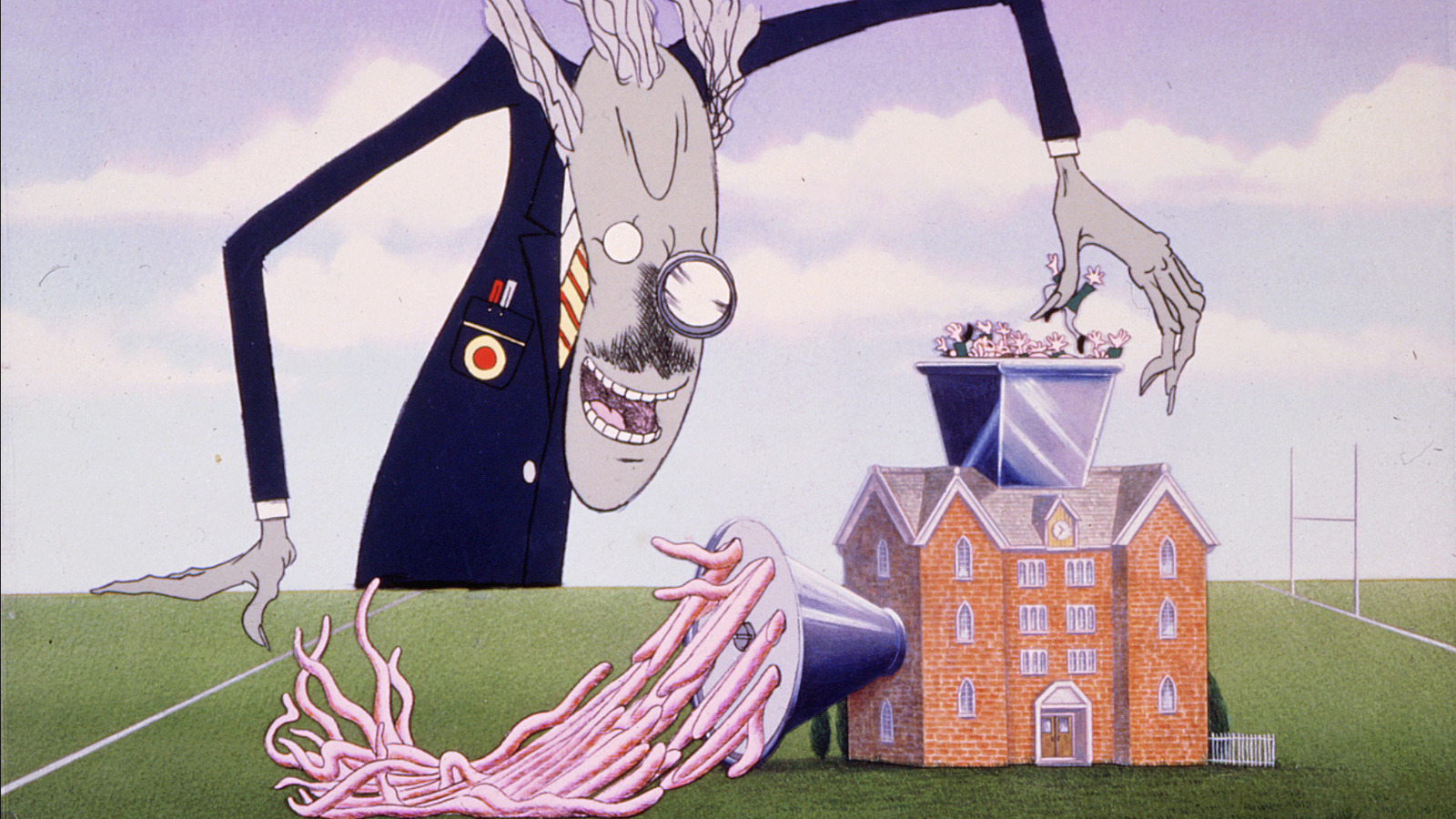 Gerald Scarfe’s awe-inspiring animated segments in “Pink Floyd — The Wall” serve as the perfect argument for why animation is a medium and not a genre. The film is a dramatization of songs from the same concept album, but depending on how the song is presented, the impact is completely different. Once “The Wall” dives headfirst into animation, the self-loathing, pity, and emotional turmoil are presented in a manner of equal parts nightmarish agony and fantastical beauty.

Pink Floyd is considered by many to be the greatest progressive rock band of all time, and a big draw to the genre’s style is in the poetic lyrics and experimental soundscapes that highlight the artistic process of music-making rather than what could be replicated on stage. It’s commonly explained as music for listening instead of music for dancing. Part of the enjoyment of listening to prog rock, or concept albums in general, is listening to the lyrics and creating an image in your mind of the words. Because Scarfe’s visuals are often abstract, it’s a medium that lends itself to the imaginative environment of listening to prog rock. The visuals are not a literal interpretation of the lyrics, and instead evoke sensations rather than talking directly to the audience.

The beauty of prog rock is that it allows the listener to project their own interpretation of the material, which is a lot harder to do with the live-action segments that are a bit more traditional in their adaptation. The abstraction of the animated segments is still visually weird enough for the audience to develop their own opinion on what it all means, and there are plenty of online forums dedicated to analyzing and interpreting what Pink Floyd and Scarfe were trying to say with these moments.

John Leguizamo Almost Starred In A Remake Of British Sitcom Only...