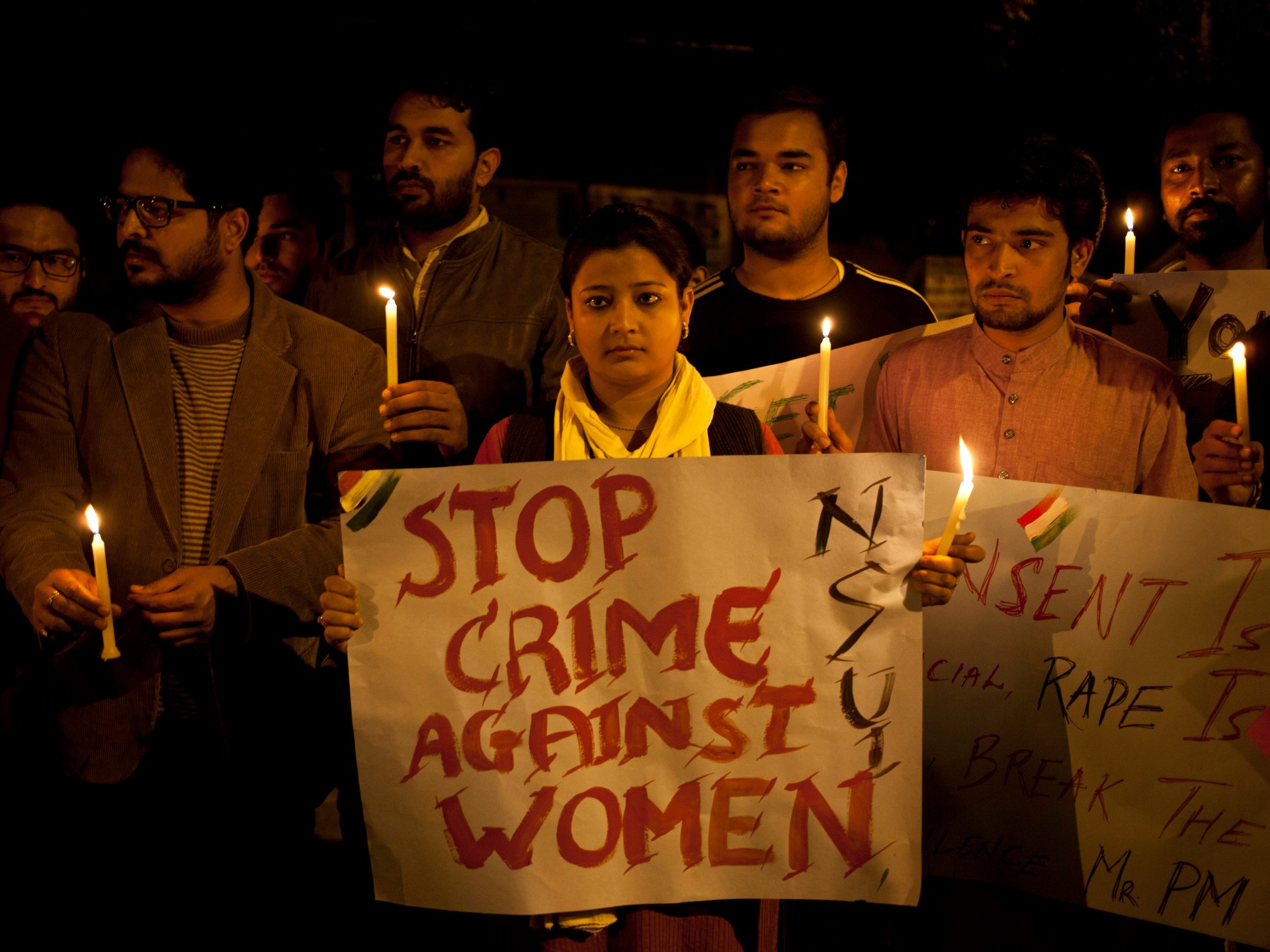 David Challen never fully grasped how men’s violence and abuse affected women — until his mother Sally was convicted for killing her abusive husband, David’s father, in 2010 in Surrey, Britain.

“I was forced to face up to the fact that my mother had not taken such drastic action for no reason,” says Challen. “His abuse and daily control of her led her to it. I realised how many women are subject to this behaviour.”

Challen immersed himself in understanding more about domestic abuse, talking with feminist campaigners about the varied forms it could take and how prevalent it was. He realised that his mother — who he knew had been unhappy in the years before his father’s death — had been a victim all along. He joined the campaign for her freedom, alongside the feminist law reform NGO, Justice for Women (JfW, of which I am a founder member).

In 2019, the murder conviction was overturned, and Sally was released. But Challen was not done. Today, the 35-year-old is a well-known campaigner against domestic abuse, and his speeches and writings on top media platforms — including Al Jazeera — help combat the systemic sexism and violence that women face every single day.

He is among a growing number of pro-feminist men I have met in recent years who are challenging stereotypes. Back in the 1980s, the men against sexism I met were all of a type: bearded vegans who carried babies in a papoose and knitted or crocheted, rather than going to the pub or playing football. Many of them were and remain valuable allies.

Men like Challen are fundamentally different. They do not look one way, nor do they necessarily sign up to a particular ideology, although they share a commitment to social equality. They simply want to get things done. This is a new wave of men, creating a movement that fits with the context of today.

Groups such as the United Kingdom-based Men at Work are concerned about boys internalising misogyny via peer pressure and easily accessible pornography. Since 2018, its founder Michael Conroy has organised dialogue-based mentoring programmes and workshops across England to train teachers, social workers, youth workers and others in helping boys and young men question the values often associated with masculinity — and how they affect women and girls.

Conroy uses newspaper articles, research, film clips, storylines from television dramas and other tools in his workshops. He told me he has trained 750 professionals already. He also runs a 20-week Becoming Respectful programme for adult men working towards abuse-free relationships with girls and women.

To be clear, such men are still disappointingly — though not surprisingly — few. In recent years, the cries of “How do we encourage more men into feminism?” have been getting louder. It is almost always the very first question asked, usually by a woman, at feminist conferences.

Yet men like Challen and Conroy, who I have met in recent years, are starting to answer these questions. They seem to understand that men cannot approach feminism from a charitable point of view. They must believe they have a stake in it.

What has gone wrong in the past is that men have been told that the only way they can support feminism is to either become a feminist — which is impossible because the movement is for women and girls — or beat themselves up for being men.

But neither approach works: men have to be motivated towards their own liberation from the straitjacket of masculinity and to recognise that feminism can be a gift, not a burden.

Rabbhi Yahiya gets that. The 35-year-old contacted me in 2014 when his mother Afsana lost custody of her four-year-old son following her divorce from the father in the United Arab Emirates. Yahiya recognised that his mother was a victim of patriarchy and decided to support his mother in her legal battle to be reunited with her child.

Yahiya has spent much of his time over the years writing heartfelt letters to officials in Dubai and the UK begging for help. He regularly contacts and updates the British embassy, legal experts, members of parliament in Britain, human rights organisations and feminist campaigners about the state of the case, while also petitioning the Dubai government and courts. To date, Afsana has not regained custody of her youngest son.

Yet, like Challen, Yahiya is no longer fighting only for his mother. He too is a campaigner against male violence and domination, abuse and discrimination faced by women. As he told me when I met him some years ago: “Once my eyes were opened, I could not shut them again.”

Indeed, there is a difference between men claiming to be feminists, and men being true feminist allies. Simply retweeting an article on rape written by a woman is not enough. To truly support women, men need to speak out. They must actively engage other men about the realities of sexual violence; and confront and challenge them when they make jokes about prostitution or domestic violence.

As Challen told me: “What can we do to help proceed the argument to better women’s experiences? Helping and finding solutions. That’s the difference between being an armchair feminist ally and an active real ally who is helping move things forward.”

I have been fortunate to meet such men in different parts of the world. Men like Byron Hurt, a leading feminist ally from the United States. Hurt’s documentary Hip Hop: Beyond Beats and Rhymes (2006) is a powerful film that exposes the sexism, violence and homophobia of much of the genre’s lyrics and videos as well as many of its stars.

Hurt is a former basketball player who loves hip-hop but became increasingly uncomfortable with the way women are depicted in its lyrics and videos. I asked Hurt what inspired him to make the film. “I realised that the dominant messages in much of hip hop are about men being in control, being disrespectful to women, and throwing their guns and money around while posing with their flash cars,” he told me. “So many of us simply consume the images and lyrics of this music without thinking about what it all means.”

What it all means is that sexism and violence against women are all around us. And that more men need to put themselves in the firing line as feminist allies.

But why would a man truly campaign to remove his own privilege?

Definitely not for the “if this was your daughter, sister or mother” line of argument. Nor the “I would kill any man that hurt a woman” strand of thinking. Men must understand how fighting toxic masculinity benefits them and their lives — as well as those of others.

“The anti-sexist men’s movement is growing because we can’t not see the blatant, toxic misogyny within the legal system, pornography, and within popular culture,” said 41-year-old Björn Suttka, founder of the pro-feminist group Male Allies Challenging Sexism. “We have a responsibility to stand up and speak out against the atrocities happening to women and girls in the name of men.”

This battle is not about hating men. It is about ensuring the rights of women. I am seeing more men join this fight — but not enough. It is high time all men that identify as anti-sexist stand up and be counted.

An Iranian Man Celebrating His Country’s Loss To The US In...

Jamie - December 3, 2022 0
The Iranian national team has toed a fine line between expressing support for protesters back home and risking serious repercussions from the regime...