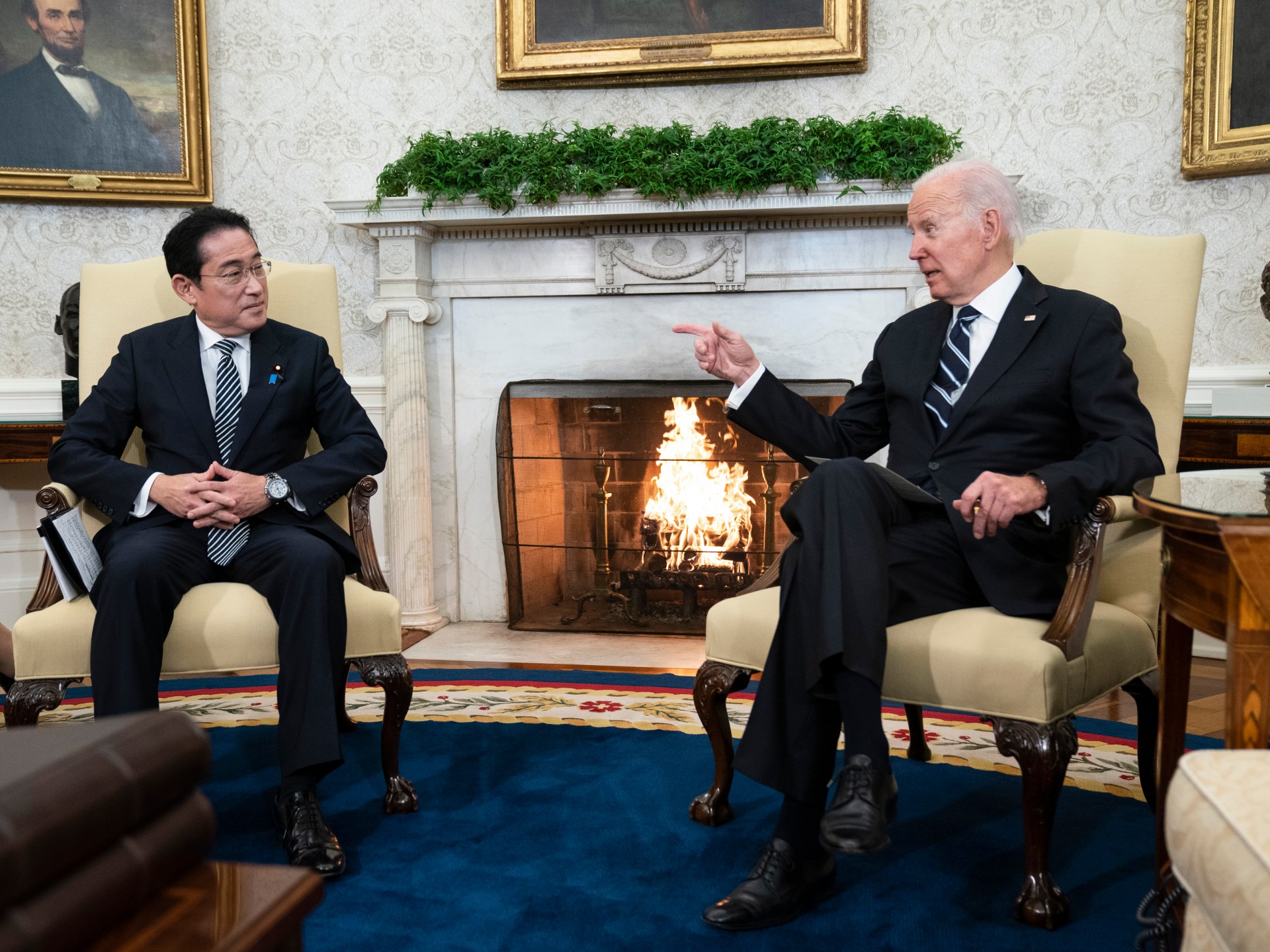 Russia’s invasion of Ukraine has created a new era of economic statecraft, with enthusiasm for sanctions soaring in Washington, DC and across Europe. United States President Joe Biden has made clear that technology export restrictions will be the tip of the spear against great power rivals such as Russia and China, at least for his administration.

Yet, while the overall amity among Western and allied countries has seemed robust since the Russian invasion, cracks are appearing in one particular area for Biden: the US targeting of China’s semiconductor industry.

In recent months, the US has moved into a more aggressive sanctions posture regarding China. The Biden administration unveiled a dense but sweeping set of restrictions on semiconductor technology exports to China in October.

In effect, these rules bar the sale to Chinese firms of equipment or other technology that could then be used to make advanced semiconductors. Less advanced chips are used in products like cars and washing machines, whereas cutting-edge semiconductors are critical to emerging technologies such as cloud computing and even sophisticated military equipment.

Washington was previously focused on maintaining a lead over Chinese technological capacity but the new policy adopts a far more restrictive approach aimed at stopping Beijing from advancing in cutting-edge sectors, or even at forcing China to roll back its technological capacities.

This strategy is sparking unease among some US allies. That matters because if only US firms are barred from selling to China, Beijing can pursue a policy of diverting its trade towards other nations that have also mastered semiconductor technology.

The Netherlands, which otherwise tends not to play a leading role in global affairs, is a leader in critical technologies involved in the design and manufacturing of semiconductors. The Dutch firm ASML is one of the world’s largest suppliers of chip design and manufacturing technology to the semiconductor industry. It is also Europe’s biggest tech firm by market cap.

Over in Asia, Taiwanese semiconductor titan Taiwan Semiconductor Manufacturing Company (TSMC) controls more than half of the global market, while its chief competitor, South Korea’s Samsung foundries, is in second place with a 17.3 percent share. Both companies are leading the charge in developing even more advanced chips than currently available on the market.

So far, these US allies have signalled that while they acknowledge the threat China poses, they are not yet ready to join the full-scale restrictions imposed by the US. The Europeans had already agreed to limitations on exporting new-generation technology to China. But the new export controls Washington is putting in place could cut into critical revenue for US allies.

China is by far the world’s largest semiconductor market: By 2020, it accounted for 17% percent of TSMC’s revenue. Amid US sanctions on Beijing and an escalating Chinese self-sufficiency push, that figure declined to 10 percent but has since risen again to 13 percent. The US has given TSMC and Samsung a one-year waiver to continue trade with China, after which these earnings will fall further.

Analysts have also argued that ASML’s revenue could drop by 10 percent if it is fully barred from exporting to China.

All of this is happening at a time when China, the US, France and Japan are investing heavily in developing their own semiconductor industries to reduce dependence on others. In other words, China isn’t the only focus of competition – there is a global race afoot in the sector, in which even allies like the US, France and Japan see each other as rivals.

To be sure, such strategic disunity has historically been a defining feature of international multi-state sanctions coalitions. The esprit de corps that Western states have shown towards Russia was always bound to fray to some extent. Building a similar consensus against China was never going to be easy.

And if the past is a prologue, Washington’s allies might eventually have to fold. Over the past two decades in particular, the US has demonstrated an extremely limited tolerance for the independent decision-making of its linchpin allies in Europe and East Asia.

In some cases, like the 2003 invasion of Iraq, the US overruled the warnings of friends like France and Germany, deriding them as “old Europe”. On other occasions, it actually punished allies who chose to not follow its lead.

When the US used the centrality of the dollar to impose extraterritorial or secondary sanctions on adversaries in the 2000s and 2010s, the European banking sector and regulators resisted at first. Big financial institutions across Europe continued interactions with targeted countries while employing a variety of means to obfuscate the nature of the transactions.

Eventually, the result was a raft of multibillion-dollar fines and new regulatory impositions against key European financial institutions. European officials seethed privately and even aired complaints to the administration of then-US President Barack Obama, but to no avail.

US scrutiny of France’s BNP Paribas, the world’s largest bank, was so merciless that it included a $8.9bn fine, orders to fire key bank officials and the imposition of a US government monitor to oversee the bank’s compliance operations. The firm’s chairman took a leave of absence due to “stress caused in part by the bank’s inquiry”.

European institutions had to heed US edicts or be cut off from access to the US dollar – an effective death sentence for a big bank in the modern global economy.

The US’s Asian and European allies will be wary of a repeat. Indeed, the Japanese government recently came out with a strong statement in favour of the G7 coordinating technological export controls against China.

Just as the centrality of the US dollar forms the foundation for American financial sanctions, the country’s position in technological supply chains gives it unmatched leverage in punishing those who act against its will. If the Netherlands or US allies in East Asia fail to comply with its demands, Washington could respond by placing restrictions on their access to high-tech US exports.

If France and Germany couldn’t meaningfully resist US sanctions policies, the Netherlands, Japan, South Korea and Taiwan will struggle to fare better.

Yet, the more the US acts as a hegemon with its allies, the more it will also strengthen the impulse of strategic sovereignty – especially in the field of tech – that Europe, in particular, has shown in recent years. The former-President Donald Trump administration’s policies of isolationism coupled with the alienation of allies had spurred a debate in European capitals on the need for them to define their foreign and trade policies, independent of Washington.

A Biden-led, coercive chip war on China could reinforce those sentiments.