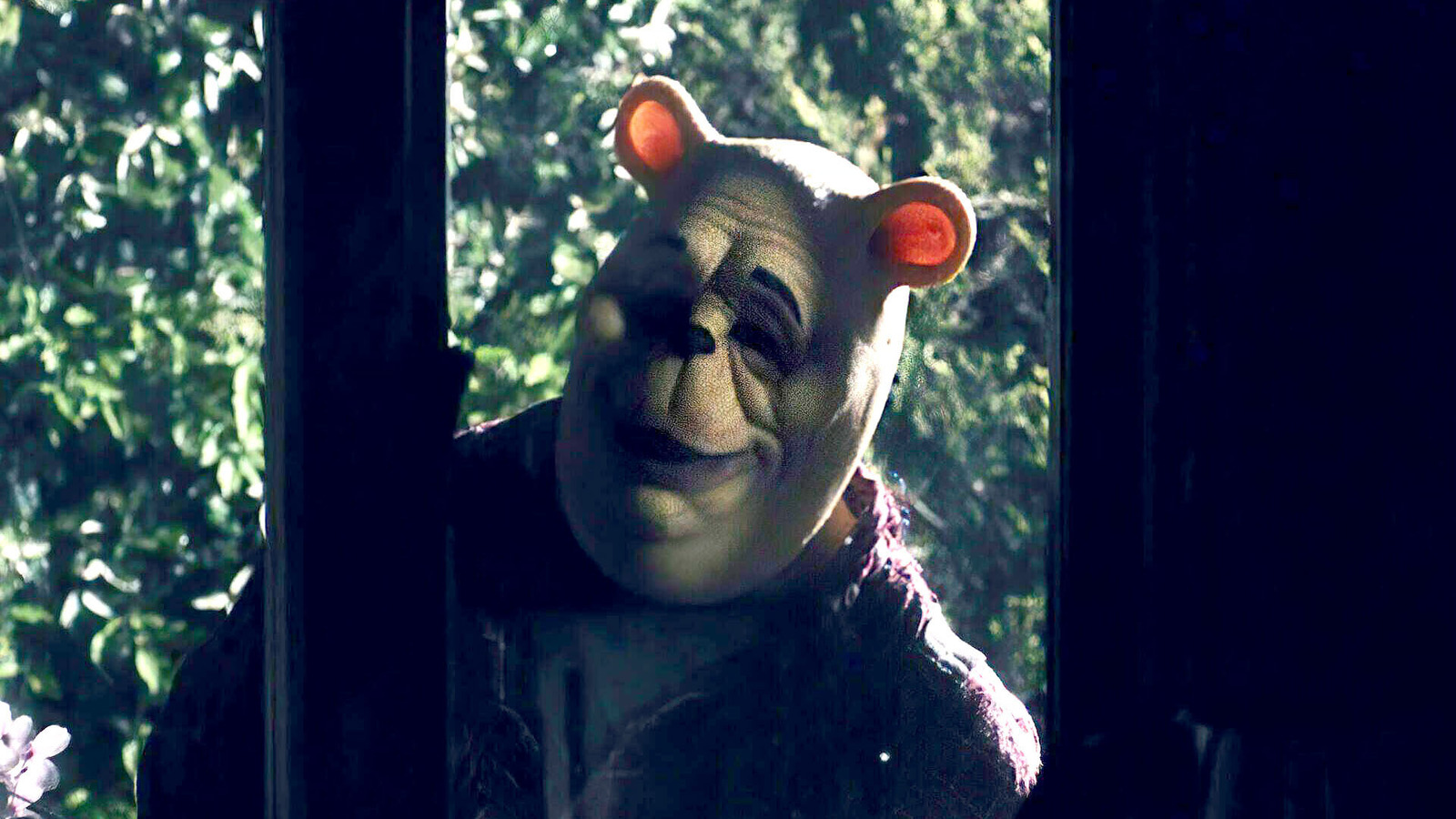 So, exactly how different is Waterfield’s take on Pooh and Piglet? About as different from the classic Disney movies as they can possibly be. For one thing, they commit a ton of murder! But they also couldn’t be styled exactly as they are in the animated movies we know and love. In Waterfield’s words, “Pooh [in this film] is a six-foot-two, half-man/half-bear hybrid who wears pants and has a long sleeve shirt.” So, ya know, he’s considerably less cuddly.

Keeping away from the Disney IP also meant avoiding some of the beloved secondary characters who make the Hundred Acre Woods feel like home. “Tigger, for example, isn’t in the public domain,” Waterfield explained. “So he wasn’t allowed to be used in the story.” Though it’s hard to imagine Pooh’s forest without him, Tigger isn’t actually included in the original novel and first appears in its sequel, “The House At Pooh Corner.”

Still, there were plenty of other secondary characters to choose from: Eyore, Owl, Rabbit, Kanga, and Roo can freely appear in “Blood and Honey,” though it seems unlikely that they will. The closest that the trailer indicates is a brief glimpse of Eeyore’s grave. Yikes.

Ziliwu - January 26, 2023 0
Adapted from a crime novel by British author Leonard Gribble, much of "The Arsenal Stadium Mystery" was filmed on location at Arsenal Football...